Why dancing lessons should be part of every educational curriculum?

Thank you very much for keep supporting Sasak Satu Swara, from Indonesia!
As a return to your valuable support, we would like to share with you this month’s Newsletter from the organization that we hope you’d enjoy! 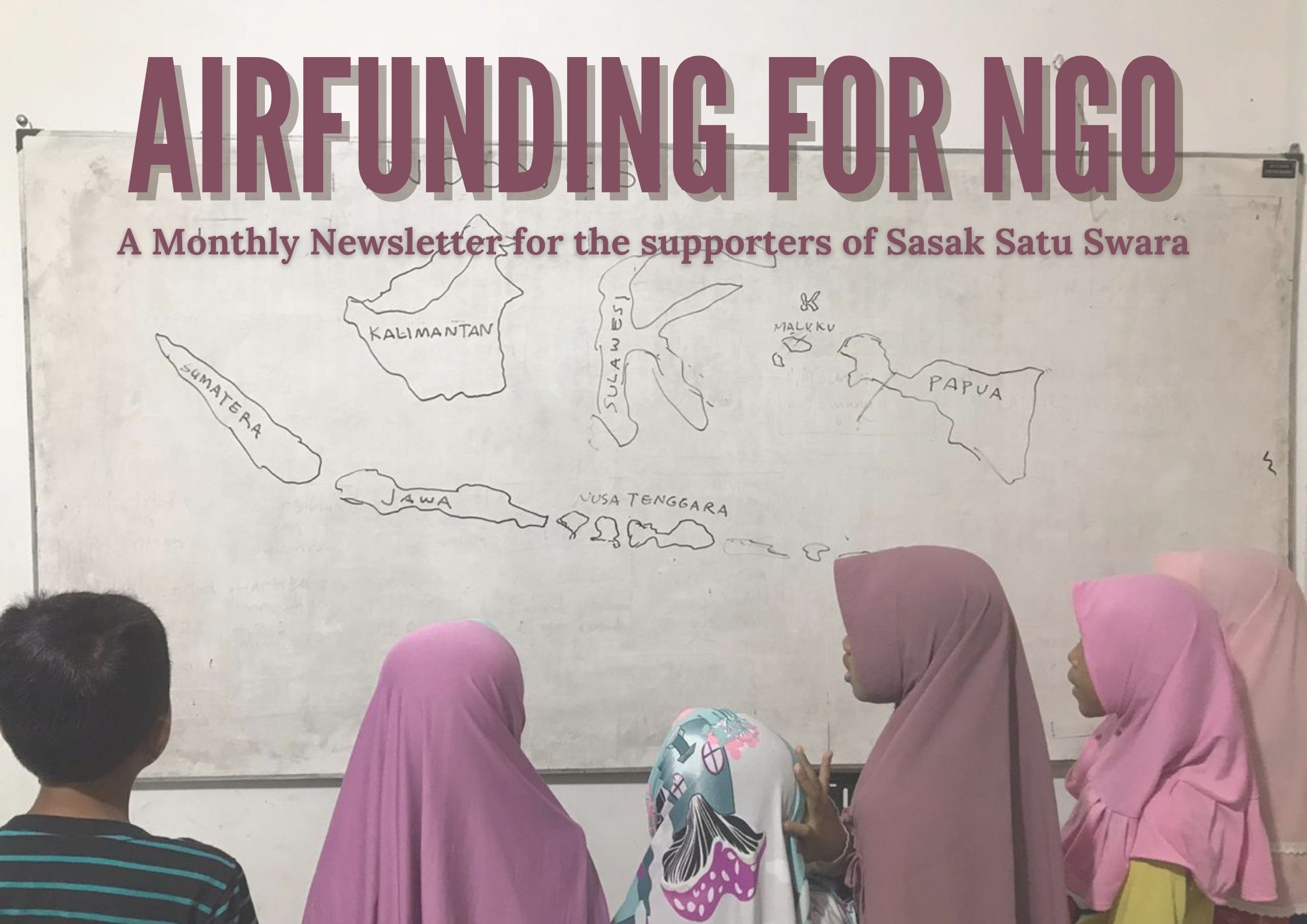 Article of the month:

Why dancing lessons should be a part of every educational curriculum? 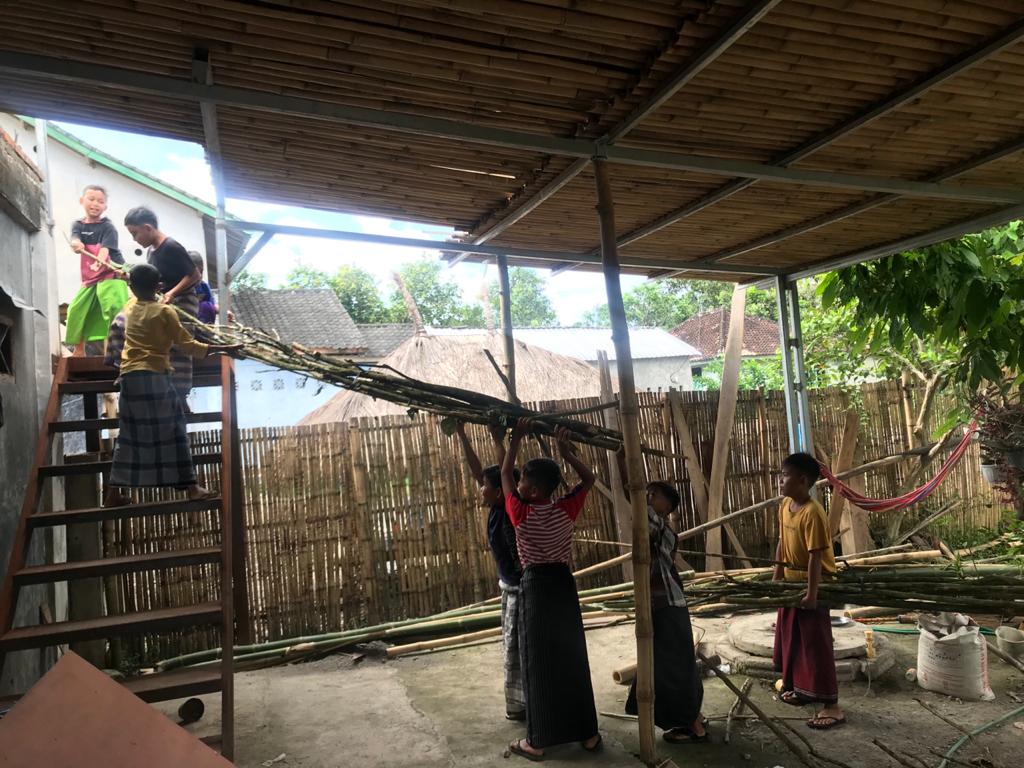 According to Levi, the founder of Sasak Satu Swara, the old traditions in Lombok are disappearing. In other near islands like Bali or Java is still possible to see how the new generations learn about their local language, dances, and customs but this is not happening in Lombok.
Levi says that the old people from Lombok are starting to wonder who will teach the local language, dance, and traditions to the future generations when due to the lack of interest people are not learning it anymore.
That is the reason why Levi has decided to start teaching dance lessons to all the children that would be interested in his course. Right now 15 children are enrolled for weekly lessons and sometimes they have up to two lessons per week in order to promote the local culture to the children and save the local culture from Lombok. They learn a different kinds of dances like Gandrung and Kembang Sewah.
From Airfunding we want to wish him luck with this project and to say thanks to all the contributors for making this possible. 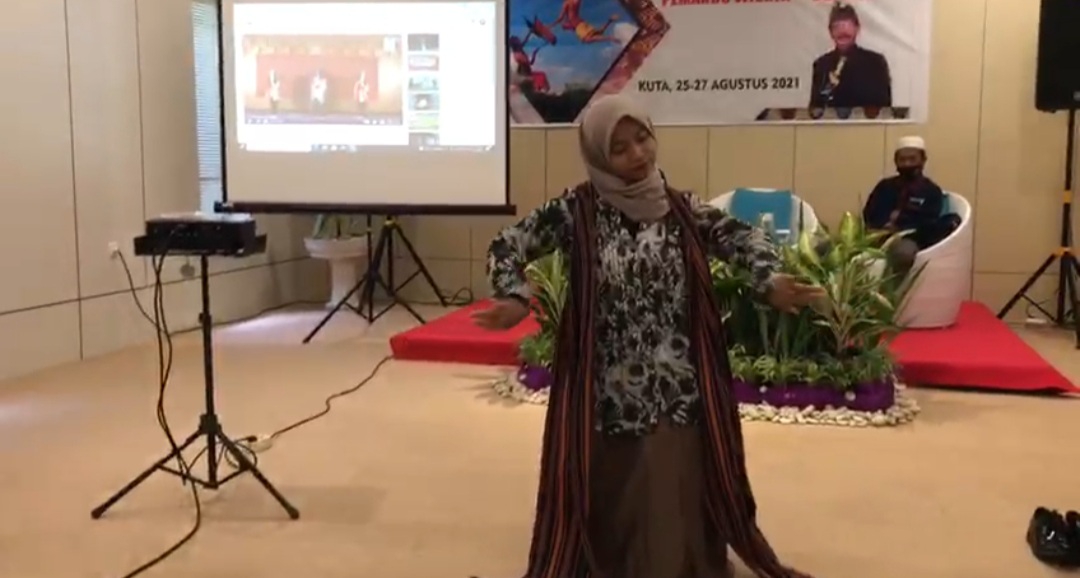 This festival in Indonesia is celebrated in tandem with its Independence Day. It takes place in Palembang in South Sumatra. Large boats made from hardwood trees are crafted throughout the year to be raced on this special day. They can be anywhere between 20-30 meters long, decorated with bright prints and patterns. The boats are propelled by almost 70 racers, including a commander and a gong striker. Watching these beautifully crafted boats race across the waters of Sungai Musi is quite a spectacular sight!

As a country with a significant Muslim population, Eid (also called lebaran) is an important festival in Indonesia. It is a national holiday. All employees receive mandated salary bonuses and shops have special discounts and decorations during this time. Traditionally, workers (especially laborers) travel back to their homes and this homecoming is called mudik or pulang kampang. It is significantly observed in Jakarta and Bandung. It is customary for children to be gifted small amounts of money in colorful envelopes. Families spend the day making a feast together, consisting of dishes like lemang, dodol, sambal goring, and cookies.12. Cap Goh Meh – Chinese New Year in Indonesia

There is a significant Chinese population in Indonesia too, and so, the Chinese New Year is widely celebrated. The Cap Go Meh festival in Indonesia usually takes place in March, 15 days after Imlek, a full moon day. There is fanfare and celebrations in major cities of Indonesia, with lantern parades, food festivals, and even the traditional lion dance called barongsai performed. It is believed that the Gods themselves come down to Earth for Cap Goh Meh. Streets are full of dragon dancers, mediums and palm-readers, and extreme performers who are known for self-mutilation. Some of the best locations to catch this festival are Semarang and Bogor in Java, Singkawang in West Kalimantan, and Kermaro Island in south Sumatra.13. Lampung Krakatau Festival – Celebrating Mount Krakatau’s Eruption

This Indonesian festival is held in Lampung Province. It is meant to commemorate the eruption of Mount Krakatau in 1883 that had a disastrous impact on the island where over 70% of the island was destroyed and a layer of volcanic ash hung in the sky for almost a year after. It blasted volcanic ash that went as far as 4,500km away to New York and Norway. This festival began in 1991 as a way to celebrate the island and Lampung Province comes to life during this life. It is held between June and October every year, consisting of exhibitions, cultural performances, and even tours of the volcano.

14. Yadnya Kasada – Offerings Made to Mount BromoKnown as Kasada, this is celebrated by the Tenggerese community in East Java. Based on the Hindu lunar calendar, this Indonesian festival is held on the 14th day of the Kasada month each year. According to local legends, a childless couple was blessed with 24 children by the gods upon praying at Mount Bromo, on the condition that they sacrifice their 25th child to the volcano. Some variations of the legend suggest that the couple refused, and the volcano erupted, taking the child with it. Every year, locals and tourists take the journey up to Mount Bromo and offer sacrifices like goats, flowers, vegedivs, and even money. Other brave individuals climb into the crater to receive these goods, considering the offerings a sign of good luck.15. Jember Fashion Carnaval – Fashion, Extravagance and Exuberance Colour the Streets of Jember
Officially spelt ‘carnaval’ (like the popular Brazilian festival), the Jember Fashion Carnaval takes place in East Java. It was inspired by the fashion week held by designer Dynand Fariz in 2002. In 2003, the first Carnaval consisted of a procession of dancers in extravagant costumes. It requires months of preparation, with hundreds of volunteers and thousands of participants ranging from kindergarten kids to the general public. The procession is usually a 4-kilometer runway and has a fashion exhibit too. You can catch the Jember Fashion Carnival in the city of Jember in August every year.

16. Sekaten – Celebrating the Birth of Prophet Muhammad in Java

Derived from the Arabic word ‘syahadatain’, Sekaten is an Indonesian festival celebrated in Java to commemorate the birthday of Prophet Muhammad. It began with Sultan Hamengkubuwana I who was keen to promote Islam in the region, and the festival began as an invite-only festival in order to learn more about the religion. It has become a week-long festival consisting of traditional ceremonies, cultural performances, and a popular night market. Special dishes are made for Sekaten such as sego gurih (plain rice cooked with coconut milk, peanut, shrimp and chilli) and gugungan (sticky rice with peanuts, vegedivs, pepper and egg). These dishes symbolize success and abundance of the Java kingdom, and people spread these dishes in their fields in hopes of a good harvest. Others take the food home to their families.

The Tomohan international flower festival was first held in the month of February in 2006. Organized in Tomohan near the capital city of Manado in the northern province of Sulewasi, the festival sees Tomohon adorned in bright and colorful flowers. The highlight of this festival is the parade which sees many vehicles being decorated with colorful flowers from across the country and even neighboring countries as well. Participants come from every region and also from some neighboring countries as well. Alongside the parade, various art and cultural programs are also held to throw light on the culture of the region.18. Mappanretasi

Held in the province of Kalimantan Selatan, the festival of Mappanretasi is celebrated primarily by fishing folk along the coastline in reverence to their God and the sea. Offerings are given to the sea and for the blessings of providing the fishing folk with a living off the offerings of the sea. A month-long affair, the offerings include fruits, rice, and even grilled chicken. 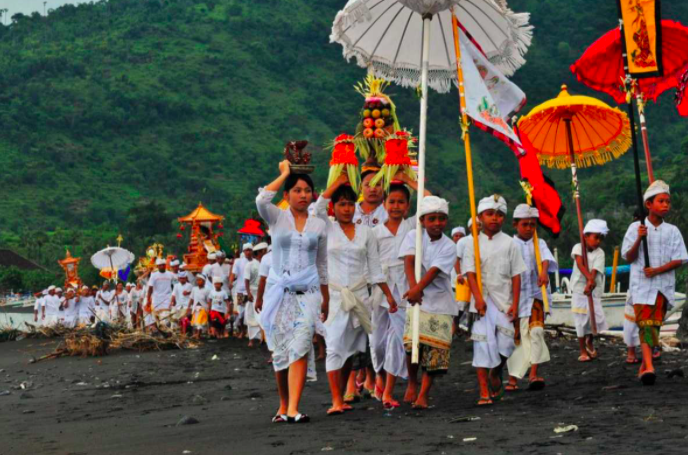 Remember that you can directly communicate with Sasak Satu Swara in the Supporters Community on Facebook. Don’t forget to join the community if you haven’t done it yet, by clicking on the following link!
link