Don’t miss our interview with Daniel Gil, a lawyer from Solidaridad Sin Limites!

Don’t miss our interview with Daniel Gil, a lawyer from Solidaridad Sin Limites!

Anisia: Hi, my name is Anisia and today I will have an interview with you for our month’s Newsletter. Can you please introduce yourself?
Yes. Sure. My name is Daniel Gil, I am Colombian. I live in Bello, Antioquia (central Colombia). I am a lawyer and I am a specialist in liability and family law. I am one of the foundation’s lawyers and I have participated from the legal area in Solidaridad Sin Limites. I am 26 years old.
Anisia: Can you please tell us how you got involved with Solidaridad Sin Limites?
I met them by a friend, he was one of the first lawyers to participate in the foundation. I went once to one of its brigades, fell in love with the work they do, and started participating. This happened 7-8 months ago.
Anisia:How many events of Solidaridad Sin Limites have you attended?
I have attended 4 events in total. The first one was in Bello, in Niquia Caracol. In that mission, we were with the army and the foundation. My job was to explain solutions to the people for dealing with their legal problems.
The second one was with a homeless community from the Antioquia department in Medellin. Here I oriented them with issues of identity documents, health problems and I gave some legal information to immigrants from Venezuela.
The third event I attended was in Commune eight in the municipality of Medellin. They also have not-so-good economic conditions and there we helped people with problems of family law, labor rights, and immigration issues.
The fourth event was in Mocagua, in the Amazon forest community. The community had a problem with some lands that belonged to them, but there was a person who took possession of them. From the foundation, we are advising how to get them back. They were also advised on how they can protect the Human Rights of the community. We informed them that they are people of special protection and we educated them on the rights they had as individuals and as a community because they don’t know that they have rights like the right of freedom. Right now we are also accompanying their foundation in Mocagua. Previously, the community was characterized by eating micos (chimpanzees) and they stopped eating them and now they rehabilitate them and return them to their habitat.
In this foundation, they have seen that National Geographic, Animal Planet, and other well-known magazines have been using the knowledge of the community to record their videos and have been taking advantage and giving them a little small quantity of money for what they do. We have been advising them on copyright and intellectual law.in order to avoid the abuses from these magazines as well.
Anisia:Overall which are the main legal problems that most of the people of all these communities that you have visited are facing?
The main problem in the legal area that most of the communities are facing is the ignorance of their rights. They do not know that they have the right to freedom or the right to social security. People need lawyers. Colombian law establishes that there are procedures that do not require a lawyer and others that do, but there is no entity that I know of that provides legal assistance for free. Because these communities are located in remote areas no one brings free legal services there. And even though that there are procedures that don’t need a lawyer it is still hard for some people to know how to do them without legal support.
Overall, we could say that most of the problems that many communities face are labor rights. But We have also identified a lot of violence against women and minors and a lack of accompaniment from the authorities. Unfortunately, the institutions that protect women do not solve problems as efficiently as we would like. 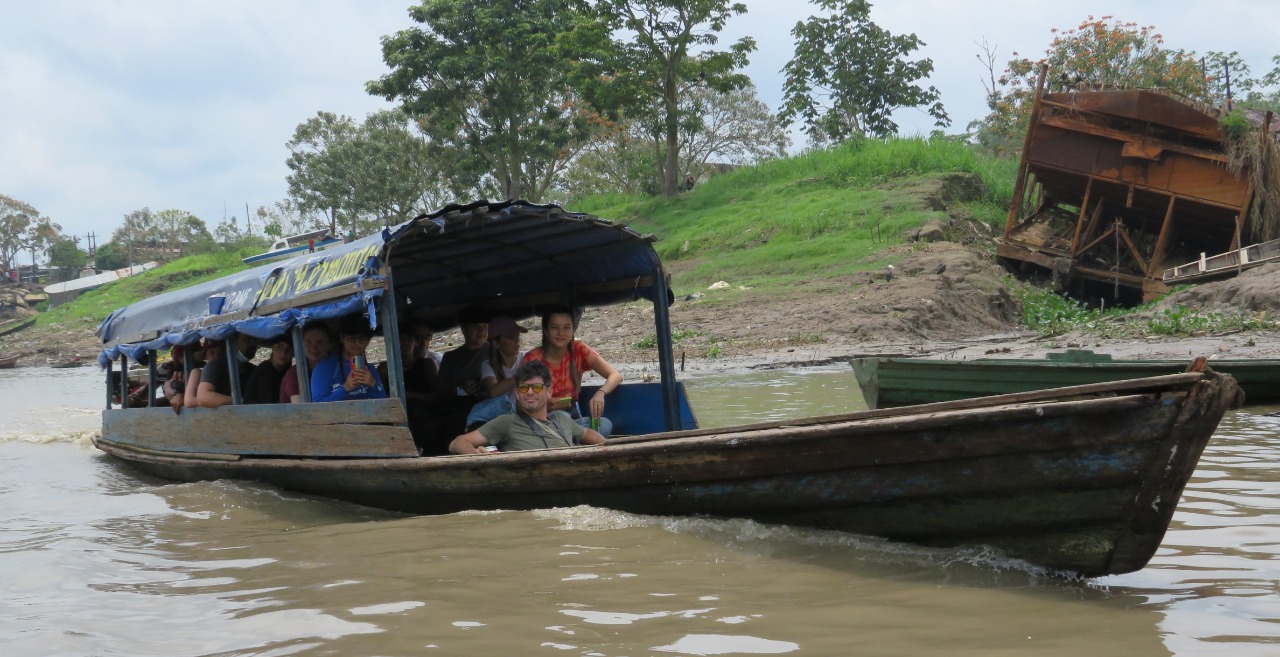 Anisia:Would you like to say something about your last mission in Mocagua?
It was one of the best trips of my life. I was in the Amazon, a really amazing and beautiful place, and doing what I like. I saw a very developed community, they are implementing solar panels. It is so developed that the community is already establishing the Internet within the community. The community has 700-1000 people. The Curaca (leader) told me that is a democratic community and they elect the Curaca once a year. There is a group of elders who are the ones that take the most important decisions in the community. The Curaca is like the mayor and the group of elders is like the municipal council. They also have a vicecuraca. The vicecuraca is a woman and is elected by popular vote and is in charge of carrying out disciplinary sanctions.
Anisia: Would you like to say something else?
Yes. I would like to say that Solidaridad Sin Limites is an NGO, it is not linked to any political or religious thought. All people are professionals who provide their services. They use their time to offer their profession to the communities without anything in return.
We just bring services that for many people are a luxury. A physical therapy, or an ophthalmologist, pediatrics are blessings for these communities and having a lawyer going definitely benefits the communities that can’t afford to have one.
Anisia :Thank you Daniel for your time for this interview, and from Airfunding we hope that you will keep participating in other events for Solidaridad Sin Limites. And also thanks to the supporters for making this possible. 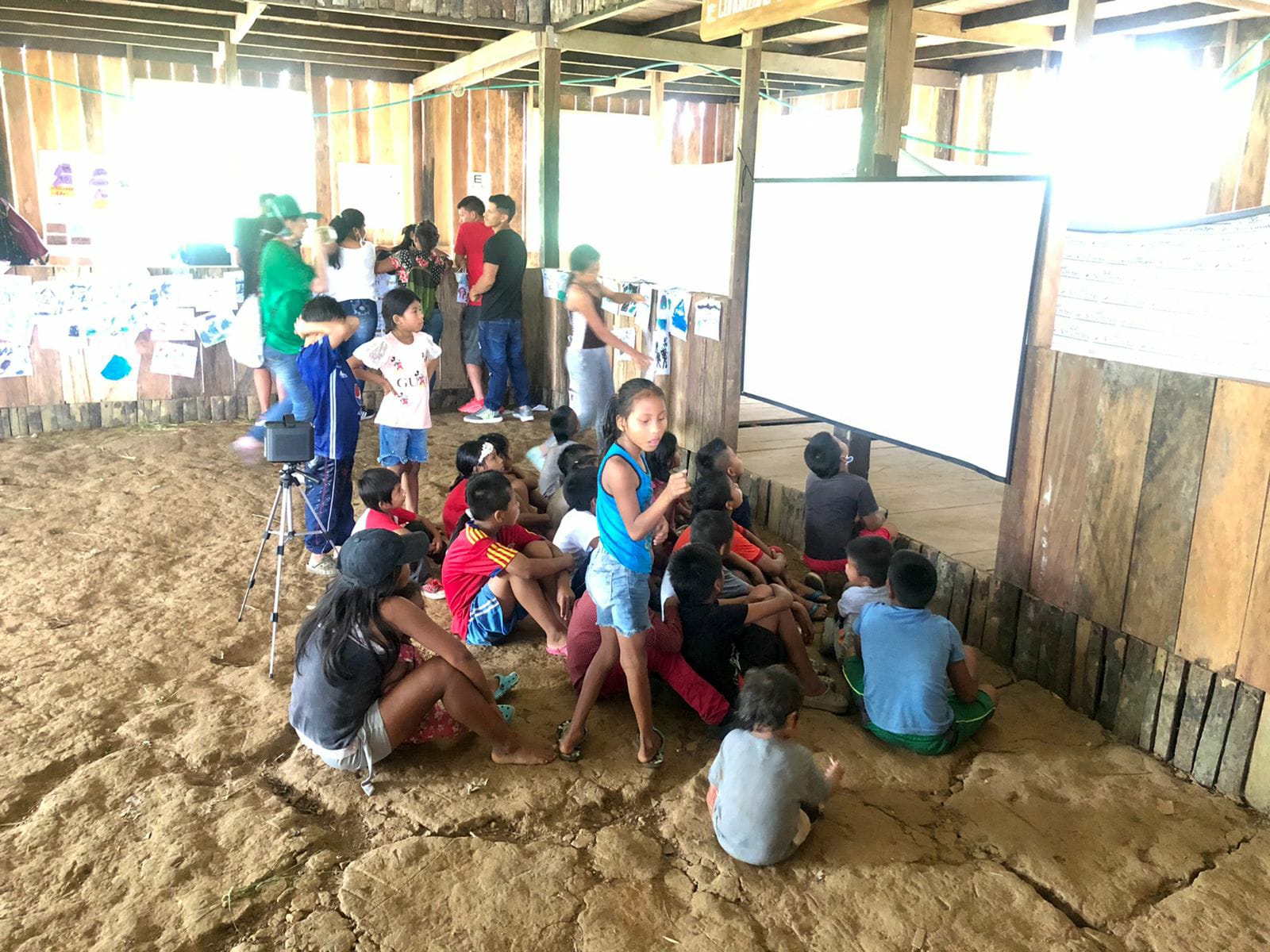 The 10 most important events in Colombia.
Each country has its unique celebrations and festivities and Colombia is known for being a country that loves to celebrate and that has a lot of events during the whole year. Today we will show you some of the most relevant ones:
1. January Black and White Carnival
It is celebrated at the beginning of the year in Colombia. More than 10,000 artists participate during a week of joy, games, and fantasy after months of preparation.

The Barranquilla Carnival over time has become one of the most important folkloric and cultural festivals in Colombia. Every year one and a half million people, including visitors and locals, gather on the beautiful sandy beach to celebrate a party full of joy, music and fun. During these days of joy and authenticity, those attending the carnival can enjoy the most typical characteristics of Caribbean culture.3. March Ibero-American Theater Festival of Bogotá

Bogotá, the Colombian capital, is dressed in color and joy to make way for the largest theater festival in the world. This festival has the presence of theater companies from five continents, dance performances, street theater, opera, and much more.

4. April: Festival of the Vallenato Legend

At the end of April, the Vallenata Legend Festival is the great celebration of popular culture in Valledupar
The contest encourages and promotes the defense and dissemination of Vallenata Music. UNESCO recently recognized this musical genre as a cultural heritage.5. May: ColomBIOdiversity Festival
The ColomBIOdiversity festival is a unique space to promote the importance of being the second country with the greatest diversity of species in the world. This festival takes place in Medellín and Bogotá.
Its objective is to sensitize as many people as possible about the importance of biodiversity and the protection of the environment in Colombia. It is developed through cultural spaces such as exhibitions, environmental film festivals, and workshops for children.
6. June: Festival of San Pedro

The Festival and the National Reign of Bambuco highlights the folklore of the Huila people with music, dances, and local gastronomy. The origin of this festival comes from the colonial era in honor of San Juan for rural celebrations and San Pedro for urban celebrations. Years later, these two celebrations came together, becoming the official festival using the choreography of the Sanjuanero de Huila.7. August: Flower Fair

Beautiful flowers decorate the streets of Medellín every year during the month of August. Thousands of people gather around this celebration created to remember, exalt and perpetuate the values of the Silletera culture of Antioquia. The Flower Fair takes place every year in early August.
9. September: Green Moon Festival
This festival has given international importance to the island known as the “Sea of 7 Colors”: San Andrés. It is a Caribbean meeting around music, dance, art, and gastronomy. It is a week full of artistic and cultural events. Every year the most prominent artists of Caribbean music of international renown delight the audience with different shows such as dances and concerts.

10. December: Cali Fair
Cali is one of the main cities of Colombia located in the department of Valle del Cauca. The Cali Fair has become one of the largest exhibitions in Colombia. Here national and foreign tourists come every year to participate in this great event. The Festival is a showcase for the most colorful shows of salsa and international dances with hundreds of dancers from the most diverse origins.