Take a look at the amazing results achieved by Back to School in their fundraising concert. 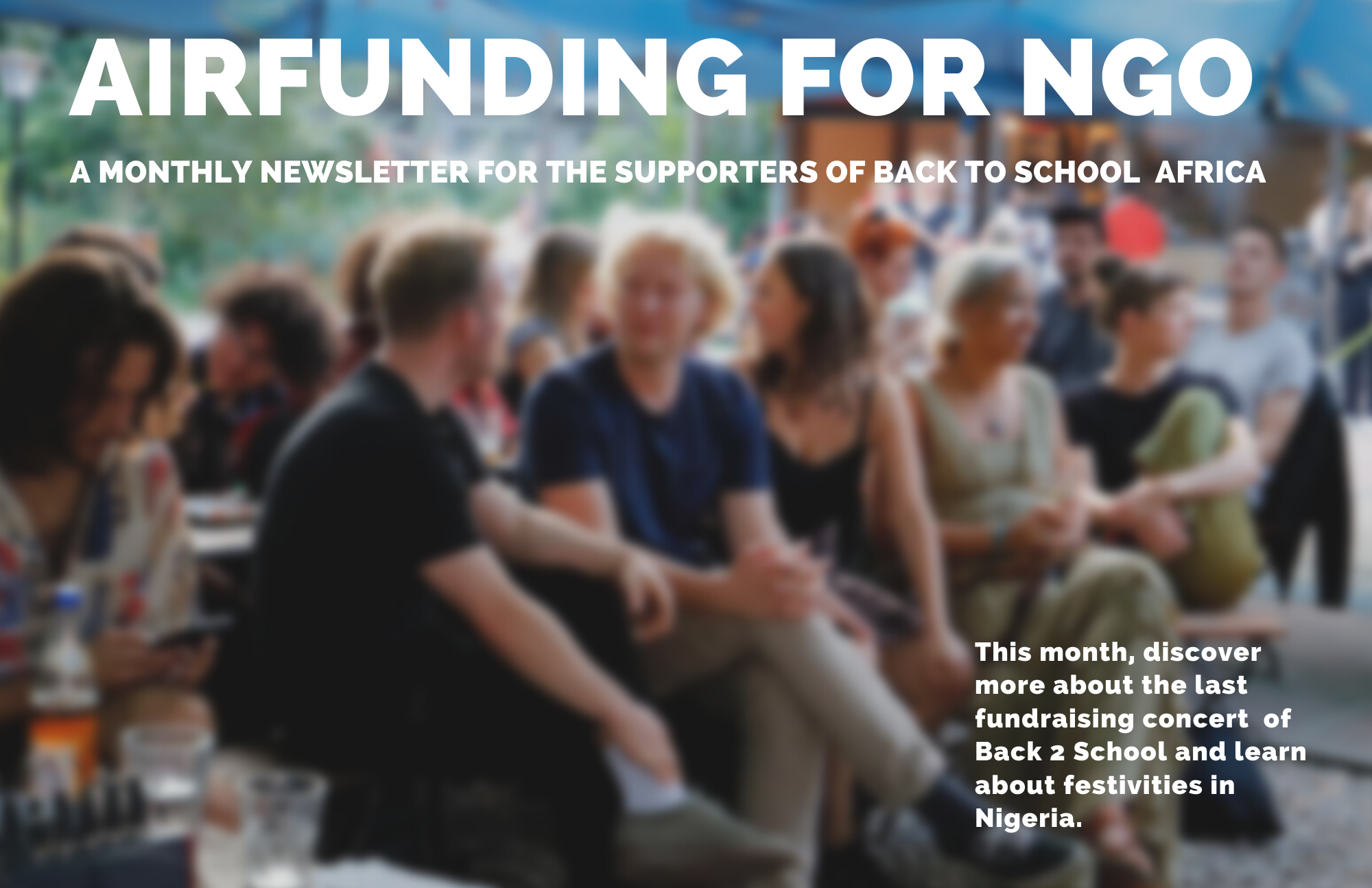 Take a look at the amazing results achieved by Back to School in their fundraising concert.

On the 8th of September was held Ignite Jam Africa in Kreuzberg, Berlín. Due to certain problems with the first venue, they decided to change it for the better safety of the assistants due to the Coronavirus crisis. The new venue was bigger and they could perform for free, which was also a thing to consider in order to make the decision.
Many safety procedures were taken. Assistants had to prove that they were vaccinated and less than 50 people in total attended the event.
The concert lasted 3 hours and hosted different music styles: pop, RnB, rock…etc. Anklin had to invest 800 euros in order to pay for different things for the preparation of the event but at the end they got 1600 euros, which means that they double the investment in the concert. 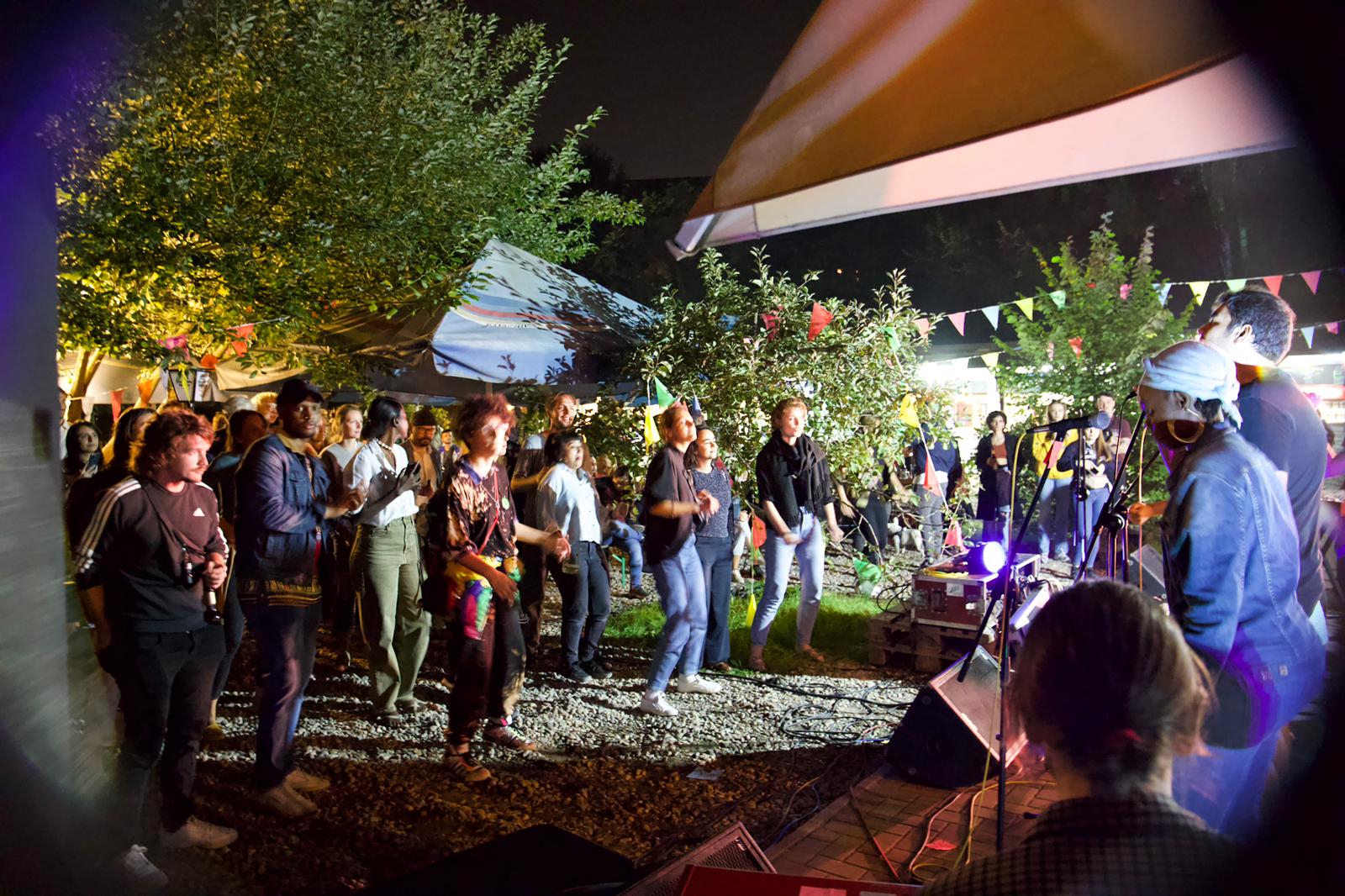 This concert has only been the first of many. Anklin has decided to make a European tour to keep organizing fundraising events in the upcoming months.
The cost of enrolling kids back to school is not always cheap and there are many kids in need so there is still so much to do in order to enroll children back to school and pay for their education until they graduate.
Right now, Back to School Africa depends on the crowdfunding support of the organization as Airfunding and charity events like this one.
From Airfunding we would like to congratulate Anklin for such a successful event and to thank the supporters for making sure that children get back to school and are able to graduate.
Congratulations Back to School Africa for such an amazing job! 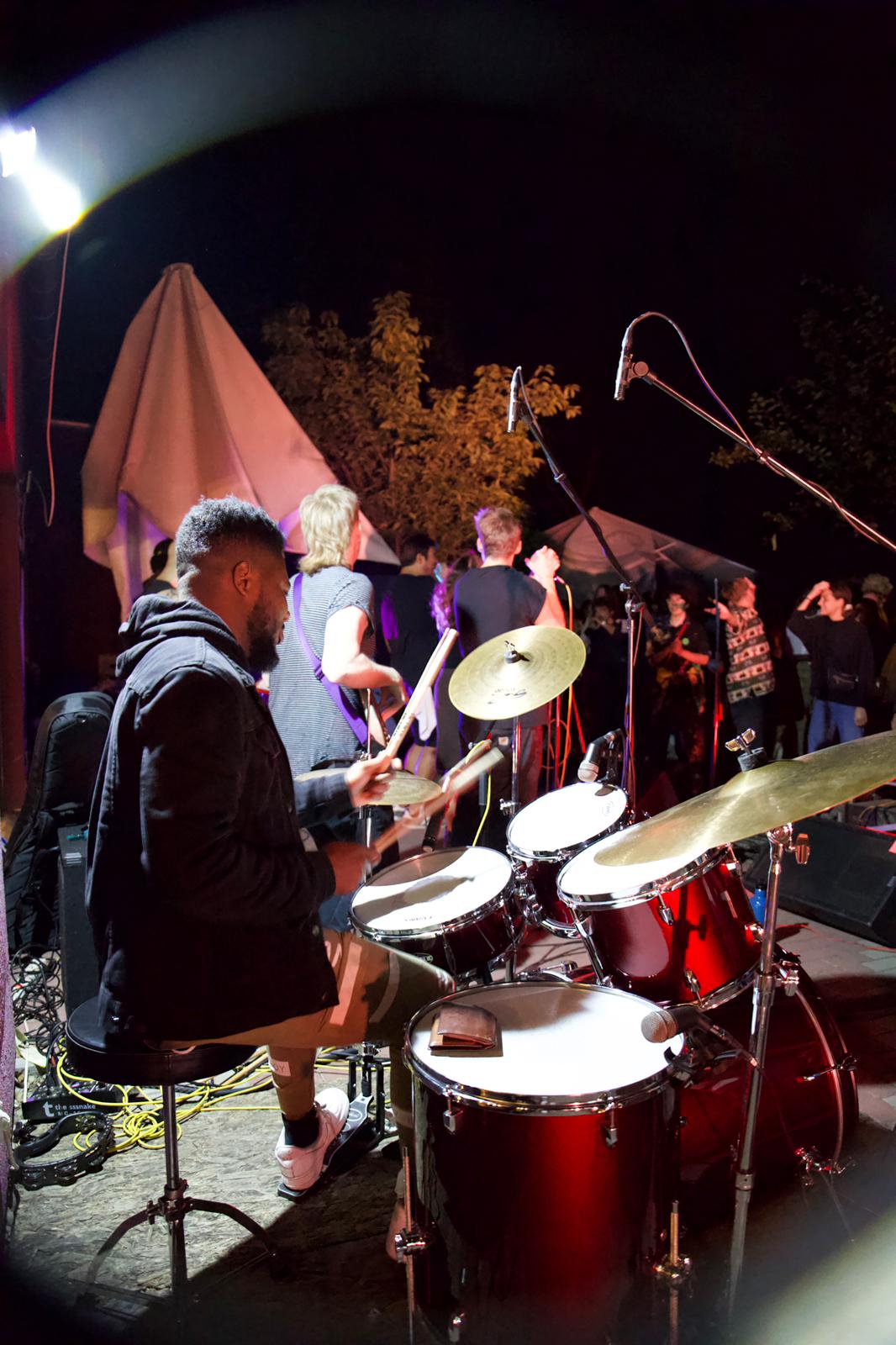 Curiosity of the month: festivities in Nigeria

Nigeria is a multicultural society, although it is dominated by two of the world’s major religions. About half of the population is Muslim, with about 40 percent of Nigerians following Christianity. Followers of the religions live side by side in Nigeria, and traditional Islamic and Christian festivals are celebrated throughout the country, although it is at these times where you will observe the division more. Christmas and Easter festivals are celebrated widely, with a distinct West African flavor, and most of the Christians live in the south. The main Muslim festivals are Eid al Fitri, Eid al Maulud and Eid al Kabir, which are recognized as national Nigerian holidays. The remaining 10 percent of the population have traditional indigenous beliefs, and festivals which convey the unique Nigerian traditional way of life are celebrated, such as the Osun festival, an important event for the Yoruba tribe.

Eid al Maulud
Held in February, this is the first major Muslim festival celebrated of the year in Nigeria. It is known as ‘Mawlid’, and means ‘birth of the Prophet’, celebrating the birth of Mohammed in 570 AD. This day is honored with a national public holiday.

Argungu Fishing Festival
This is an annual four-day fishing festival that has been held in the northwestern state of Kebbi since 1934. It is held at the beginning of March, and thousands of fishermen come to compete to catch the largest fish on the Sokoto River using only traditional handmade nets.Easter
Easter is one of the two most important festivals for Christians around the world. In Nigeria, it is commemorated with an official public holiday. Good Friday is a more somber day, where many people will go to pay their respects at a local church. Easter Sunday is an upbeat event, since it celebrates the resurrection of Jesus, and people take to the streets wearing traditional colorful costumes, dancing to the pulsating beat of African drums.Osun Festival
This festival is held towards the rainy season, usually the last week of August. It is a traditional tribal festival from the Yoruba people, held to honor the river goddess Oshun. Thousands of people attend to bear witness to the ceremonies, which include priests seeking protection for the villagers for the year to come by offering gifts and sacrifices. The festival is held at the Oshogbo Sacred Forest.Eid al Fitri
Occurring in August or September, according to the Islamic calendar for the year, the festival of Eid al Fitri is celebrated on the last day of Ramadan, the end of a month-long period of daylight fasting for Muslims. On this day Muslims head home to feast with their families, breaking the fast. This is followed by a two-day national public holiday.

Eid al Kabir
This Muslim festival is known as Eid al-Adha in other countries, which translates into ‘festival of sacrifice’. It occurs around late October, varying according to the Islamic calendar, on the last day of the Hajj (the annual Muslim pilgrimage to Mecca). In Nigeria you will see this festival being celebrated in the countryside as Durbar festivals. Here the villagers come out in traditional bright colored West African costume, and congregate in parades and horsemanship competitions throughout the day. The northern states, such as Kano, are known to have the best displays.

Calabar Carnival
This is a fairly new addition to the annual festival calendar of Nigeria, since it first commenced in 2006, although is held annually and is dubbed “Nigeria’s largest street party.” It is a month-long carnival from December 1 to 31 every year, and has a program of events including dancing, music, and other cultural events; something different every day.

Christmas Day
Christmas is held on December 25 each year, and is an important festival for Christians since it celebrates the birth of Jesus. Celebrations in Nigeria have a unique twist in the southern region of Igboland, where festivities involve masquerade dancing, known as “Mmo.” These festivities predate Christianity and traditionally honor Nigerian ancestors.