What are the human rights that are being violated in the indigenous communities in Colombia?

What are the human rights that are being violated in the indigenous communities in Colombia?

According to Paula, the founder of Solidaridad Sin Límites, most of the rights of the indigenous people in the Amazonas rainforest are being violated right now. Rights such as the right to receive healthcare or the right to live are two of the mains that are being vulnerable.
Even Colombia is in theory one of the countries in Latino America with the best access to healthcare with a system similar to universal healthcare systems like some European countries, this is just theoretical. In practice -says Paula- just 50% of the people in Colombia have access to healthcare.
There are two reasons to explain that. One main reason is that sometimes the communities of indigenous people live in remote areas and another is that for receiving certain treatments, someone should apply for legal petitions. Those are legal steps that are hard to understand for people without education and that is why one of the main purposes of Solidaridad Sin Límites is to give tools to the communities to fight for their rights. 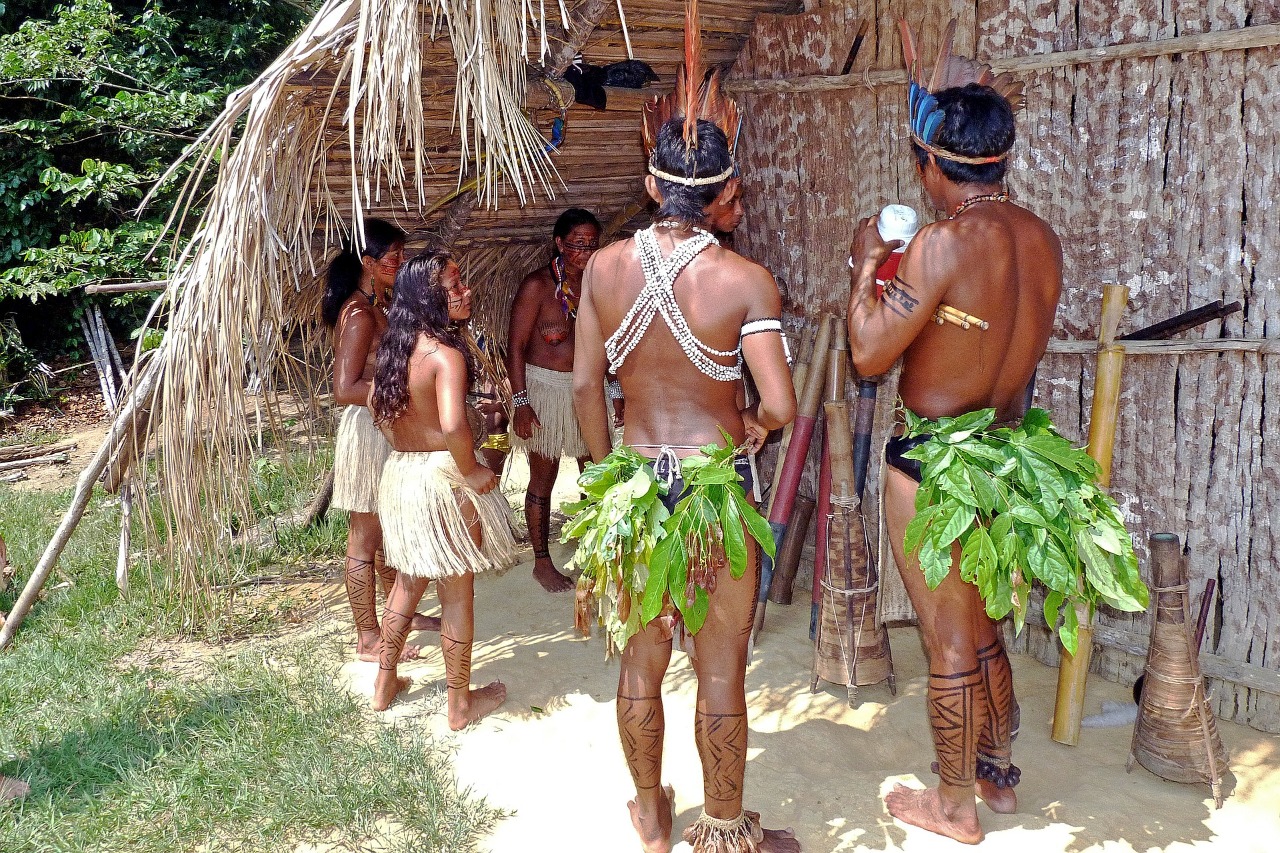 Another right to analyze is the right to education. The right to education is a right that is a choice for the communities. Nowadays, children go to school to learn Spanish but the community wants that the children would still be raised based on traditional values due to they want to preserve the existence of the communities in the future.
They don’t want their children to be raised into the civilization values, but to keep the traditions on the culture of the tribes.
This is an interesting topic to consider, is the right of education being vulnerable by themselves because they reject to receive and providing education to their children? No, according to Paula, because is their rights as a human being to be respected with their values and beliefs and their hopes to preserve the wisdom, culture, and traditions of their communities.
Is it not our intention to be colonizers or to be ethnocentric imposing our own beliefs– Paula says-, so we never go to visit communities that don’t invite us because we don’t want them to feel like we are trying to impose our beliefs.
Many people are surprised that the communities choose us or contact us– says Paula. Indigenous communities are very closed and they barely allow people to enter. Besides, most of them have their own traditional medicine and remedies and don’t believe in the medicine of the civilized world. It is also not easy to been accepted to join or to support them. According to Paula, in order to finally allows the team to come, they made a planetary chart reading to Paula. According to their belief, the result of this astrological reading could give them information on the purposes of the organization and also works as insurance for them to understand the intentions of the group approaching these communities. 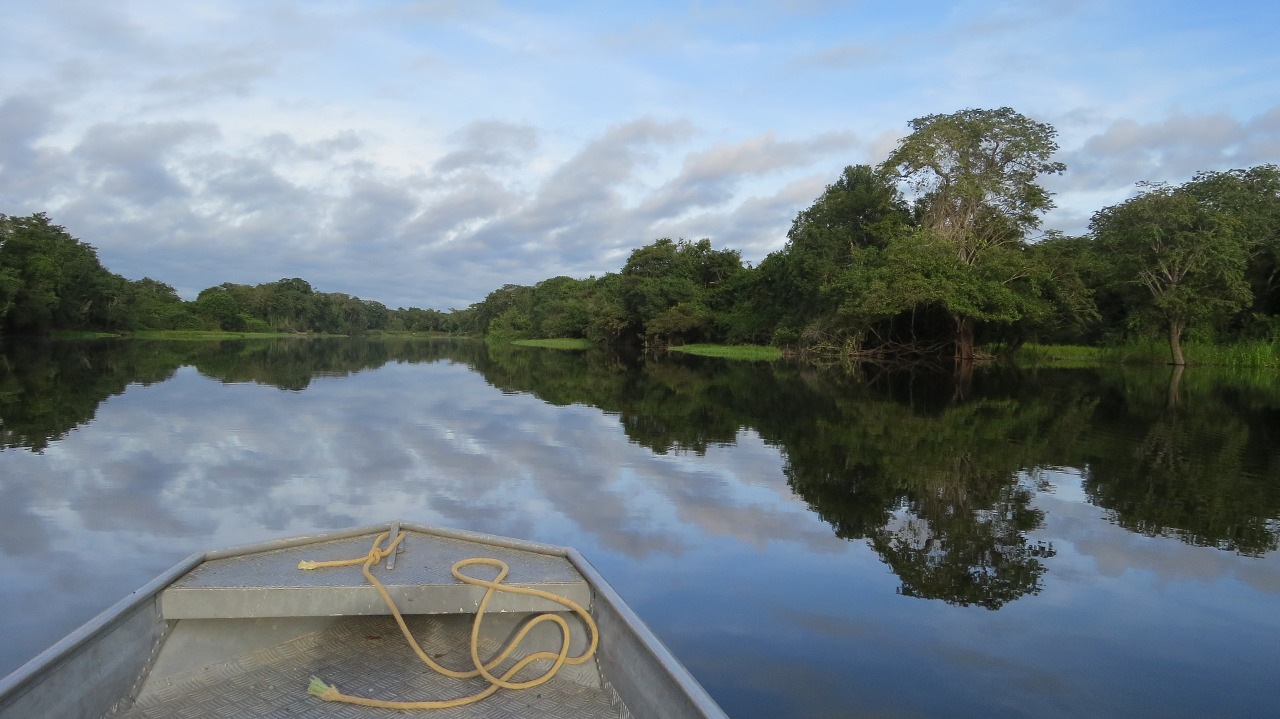 Once the group is accepted there are also many rules to follow. The team should live and eat on the same way the community eats, and also should never reject anything that is given to them from the community. It is ok to not consume something, but it is not ok to reject the offer as in a not polite gesture.
For these communities there are many holy places, they should always ask the community if they can sit in a rock because most some times there are rocks that are considered sacred for them.
Also, another curious rule is that women should inform to the community when they get their period and should communicate it to the wife of the leader.
And even though this rules should feel irrational or strange, people that enter in those communities should always respect their beliefs to respect their right to live and belief and whatever they want. Besides, for them our rules could sound confusing and weird too!
In conclusion, only human rights are violated when people ask for them but the state don’t provide to them. It is never a good idea to impose the beliefs of the civilization to indigenous communities, because is their right to choose their beliefs and to think how they would like to. However it is the duty of the states and NGOs to try to deliver those needs that they ask for and always respecting their petitions and ways of seeing life and that is exactly what Solidaridad Sin Límites does. And from Airfunding we would like to congratulate them for the amazing job they do. We hope soon you will reach to more indigenous communities! 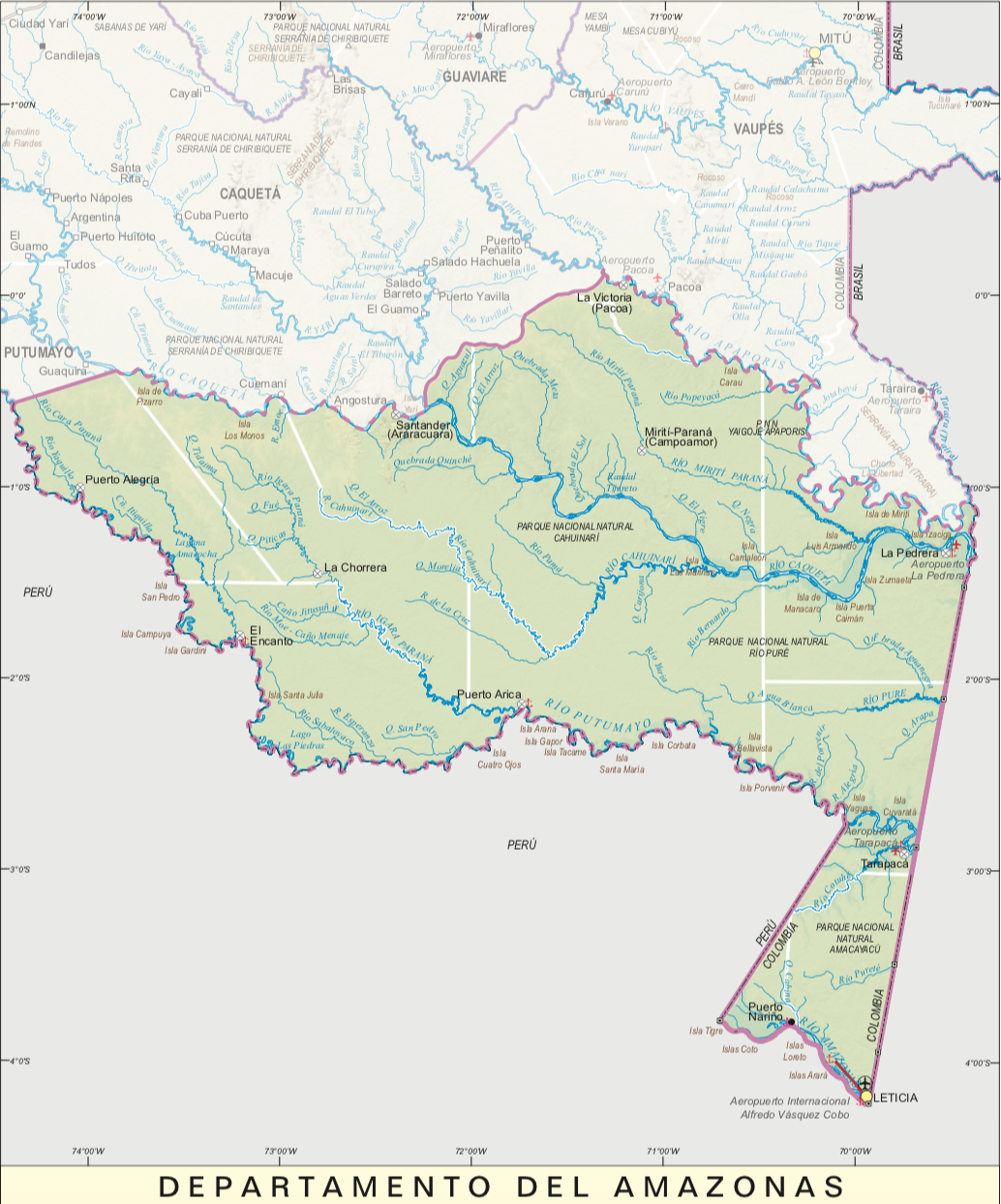 The world’s third-largest producer of coffee beans, Colombia is a fantastic country for tastings and tours. The vast majority of production takes place in the subtropical Andean hills west of Bogota between the small cities of Armenia, Pereira, and Manizales. This region, known as the Eje Cafetero (or Coffee Axis), is home to a growing number of coffee plantations that have opened up their operations to the public in recent years for tours, tastings, and lavish farm stays.

These small (and often organic) plantations are the kind of places where the farmer-owner might take an hour out of his day to explain the process of how a humble “cherry” turns into a coffee bean that will one day be roasted and ground into a latte back home. 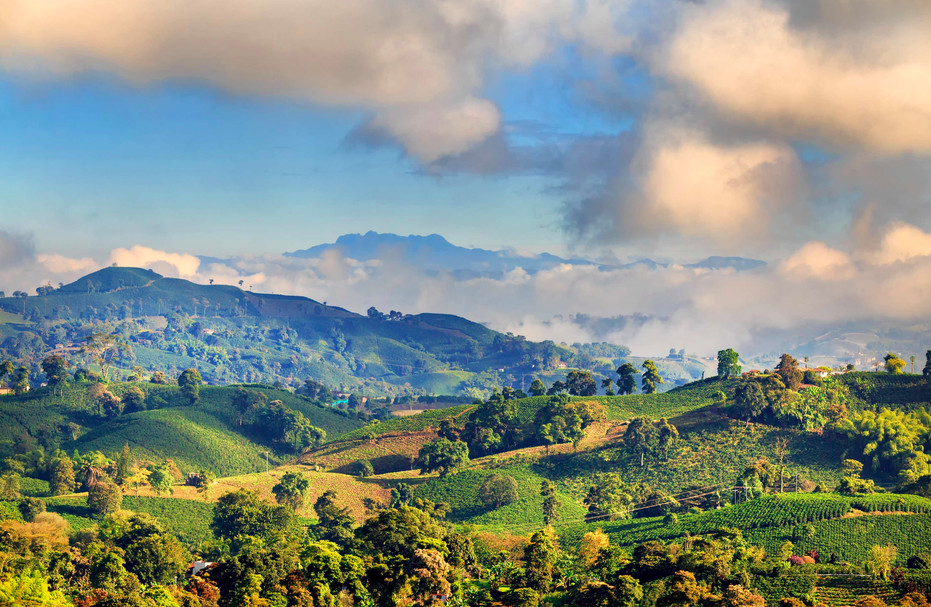 The capital of the vast Amazon Basin is the small frontier town of Leticia, which sits along the banks of the mighty Amazon River, right where Colombia bumps up against Brazil and Peru.

Leticia makes a great base for eco-tourism, wildlife safaris, or hikes into the Amazon to learn about the indigenous tribes that call this area home. The only way to arrive here is by plane from Bogotá, and you can continue onward by boat either downriver to Manaus, Brazil, or upriver to Iquitos, Peru. 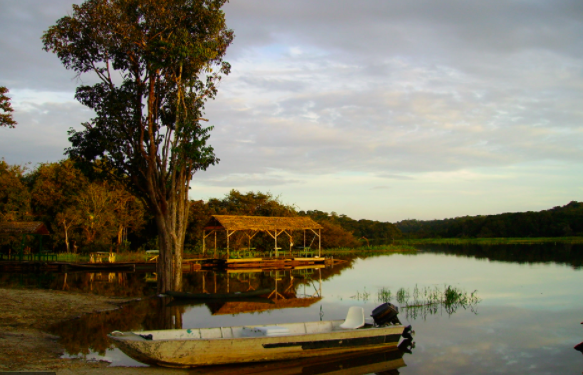 You’ll find some of the best beaches in Colombia within the protected Tayrona National Natural Park, which is known for its palm-shaded coves and crystal-clear coastal lagoons. Most beaches are set against the dramatic mountains of the Sierra Nevada de Santa Marta, whose rainforested hills make for a great side trip on any beach vacation.

Tayrona is also a fantastic place for snorkeling at protected areas near La Piscina beach and Cabo San Juan. Though remote, these secluded beaches aren’t exactly a secret, so it’s best to visit in low season (February to November) to avoid the massive crowds. Also, unless you’re paying for the lavish Ecohabs Tayrona, be prepared to sleep in a tent (or hammock) at one of the many beachside campgrounds. 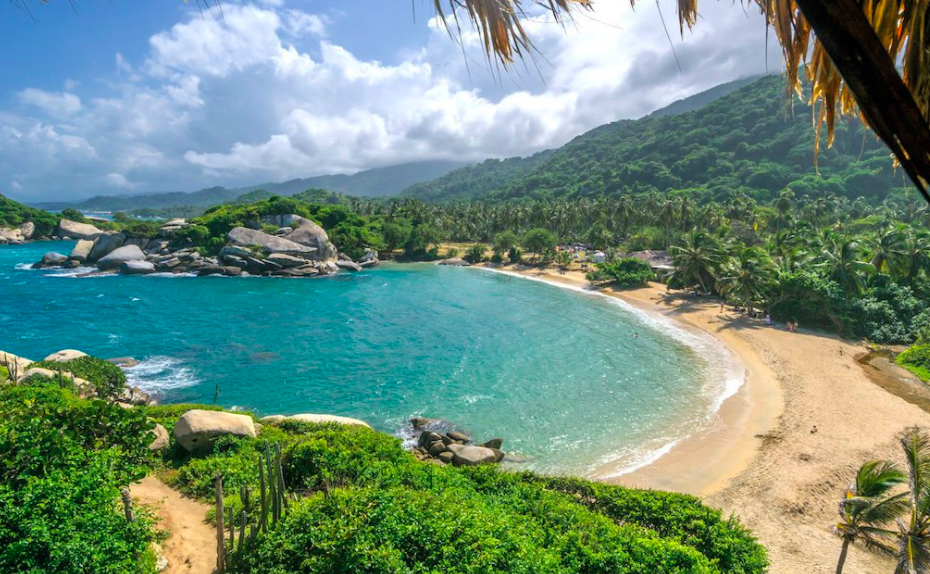 Colombia’s most popular hike is undoubtedly the four-day, 44-kilometer trek to Ciudad Perdida, a lost city hidden deep in the Sierra Nevada de Santa Marta mountains that was only rediscovered in the 1970s. Built and occupied by Tayrona Indians between the 8th and 14th centuries, this ancient city is said to be one of the largest pre-Columbian settlements discovered in the Americas.

Much of the site remains buried beneath a thick jungle quilt—the modern indigenous inhabitants of the area have banned excavations—but you’ll find that the stone terraces and stairways are in outstanding shape. It’s not possible to visit this site alone, so you’ll need to book a tour from Santa Marta in advance. 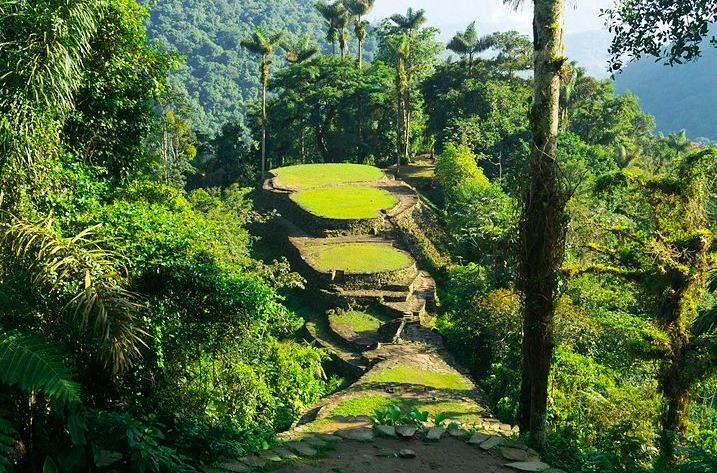 This quirky Caribbean Island leaves many first-time visitors perplexed. For starters, it’s far closer to Nicaragua than Colombia. Then there’s the fact that its residents don’t speak Spanish but rather an English Creole. Of course, none of that really matters when you find yourself sunning on the most stunning beaches under the Colombian flag.

Little more than a dollop of golden sands and perky palms, this isolated island is the jewel of the UNESCO-protected Seaflower Biosphere Reserve, with some of the world’s greatest marine biodiversity just waiting to be explored. You’ll need to first stop on the more popular San Andrés Island and catch a short hopper plane or three-hour catamaran ride to reach Providencia. Once there, you’ll find the largest collection of cottages and hotels in the small hamlet of Aguadulce on the stunning west coast of the island. 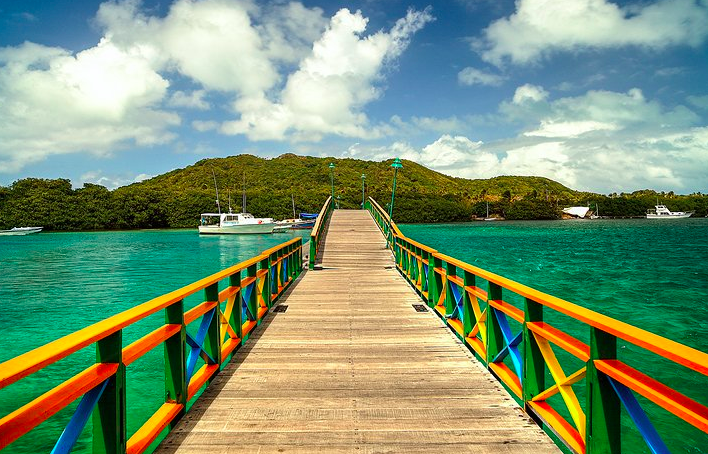