Who are the Batwa and why does Covid 19 make them even more vulnerable? 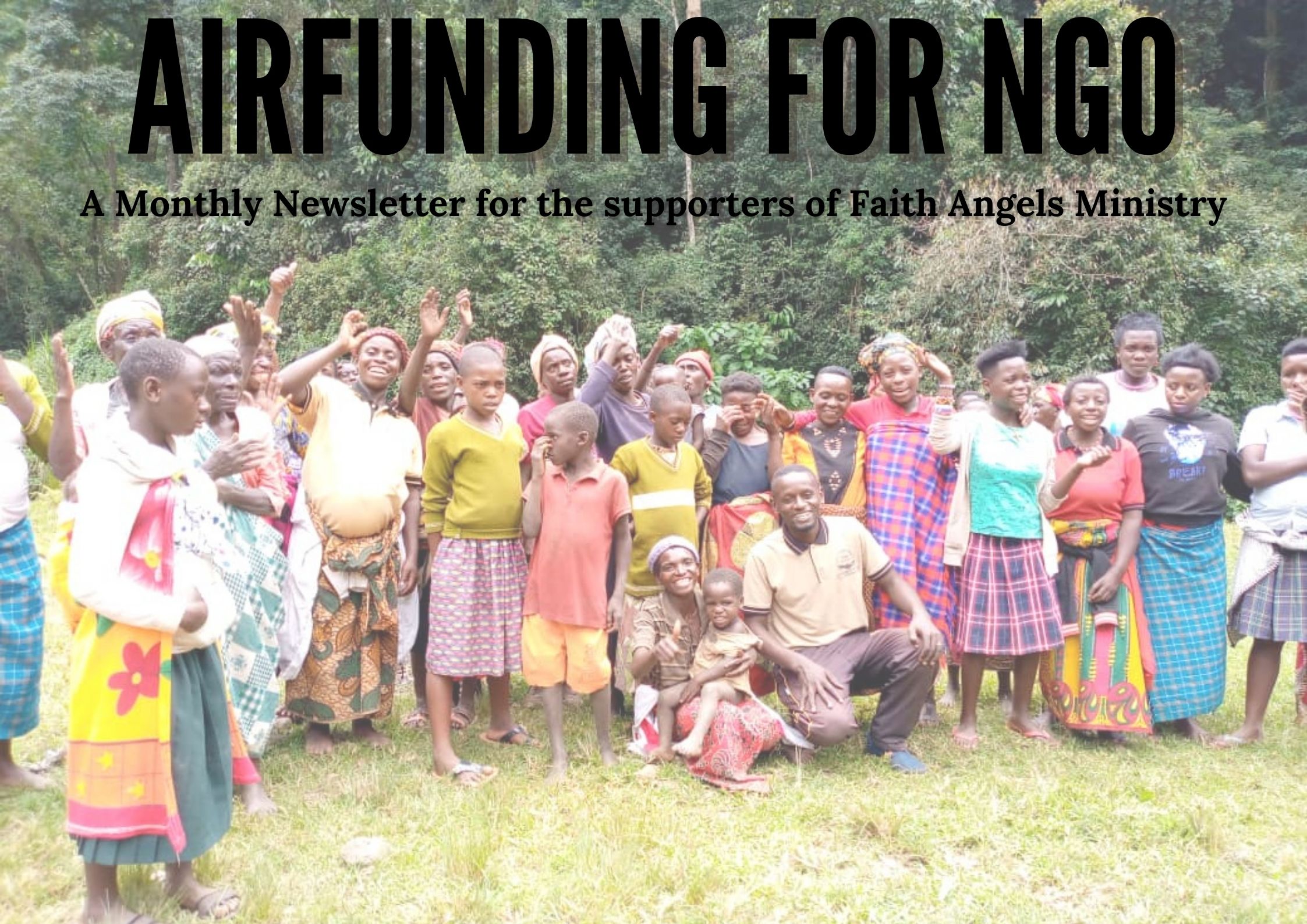 This month we are going to talk about the situation in Uganda with Covid 19 and to explain you about the challenges and difficulties that Batwas are facing at the moment. At the end, we will share with you the best places to visit in Uganda once the Covid is gone!

Who are the Batwa and why does Covid 19 make them even more vulnerable?
The Batwa tribe is a minority marginalized group of people who are located in the surroundings of the Bwindi Impenetrable Forest in Uganda.
Before 1992, they used to live in the interior of the forest and to survive hunting animals and collecting vegedivs. However, in 1992 they were expulsed from the forest with no compensation and with no place to live.
The lack of skills of its members has left this community in a place of high vulnerability, due to their inability to find a job or to achieve financial stability developing a small business. This community has always been in a real dependant position, but due to Covid 19, they are struggling more than ever. The strict lockdown measures in Uganda are not making it possible for NGOs or individuals to donate, and some people from the community have even died of starvation.
Due to their lack of skills and access to education, this community doesn’t have a reliable income, depending almost a 100% on donations from individuals and charities.
According to Andrew, the founder of Faith Angels Ministry, more than 90% of this community doesn’t even know how to write their name and some of their children have never attended school. In the last years, this situation has started to change due to NGOs like Faith Angels Ministry that are trying to enroll children in the schools, but still, more than 50% of the children that end up attending school drop out at the age of 9 or 10 years old. 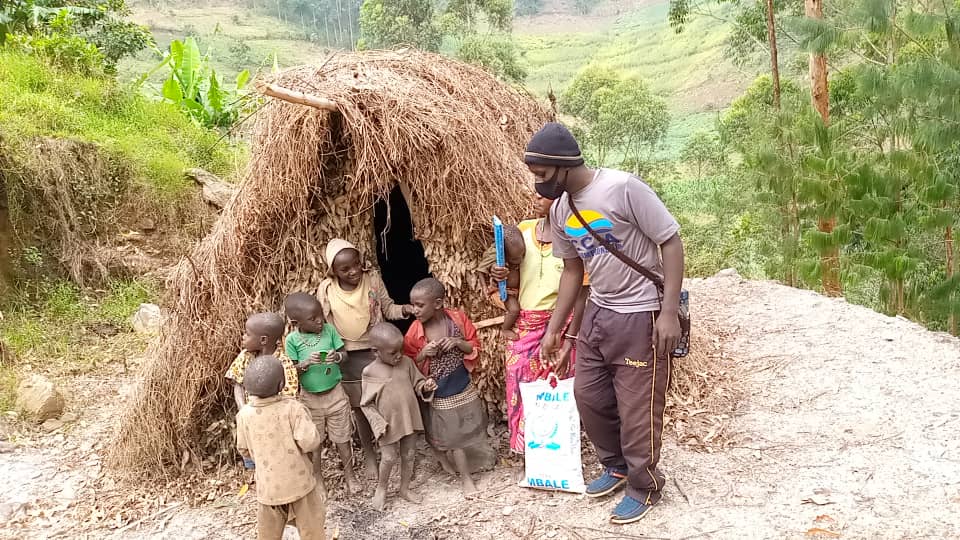 According to Faith Angels Ministry, the main solution to give financial independence to this community is to enroll the children at school to make it possible that they can get an education and skills that would help them to have more opportunities in the future.
Even though the main objective of Faith Angels is to expend money on education, due to the increase of the cases of people dying from starvation and the restrictive lockdown measures, Faith Angels decided to donate 100% of the money received in the month of June to the Batwa community. In total, they donated food and soap to more than 1000 people distributed in 240 households. Overall, each family received 1 bar of soap, 10 kg of maize flour, and 2kg of beans.
The case of the Batwa’s shows the importance of education as a way to develop opportunities and a better life. Batwa are just only one tribe of many in Africa facing the same conditions and it’s the purpose of Faith Angels Ministry to fight extreme poverty through education to build a better future for the next generations to not have to experience the same. There is a lot of work to make, but in Airfunding we believe that with hard work, hopefully, many children will get a better education to make it possible they have access to a decent life where having food and soap is not a privilege and where they don’t have to depend from other people to eat or take a shower. 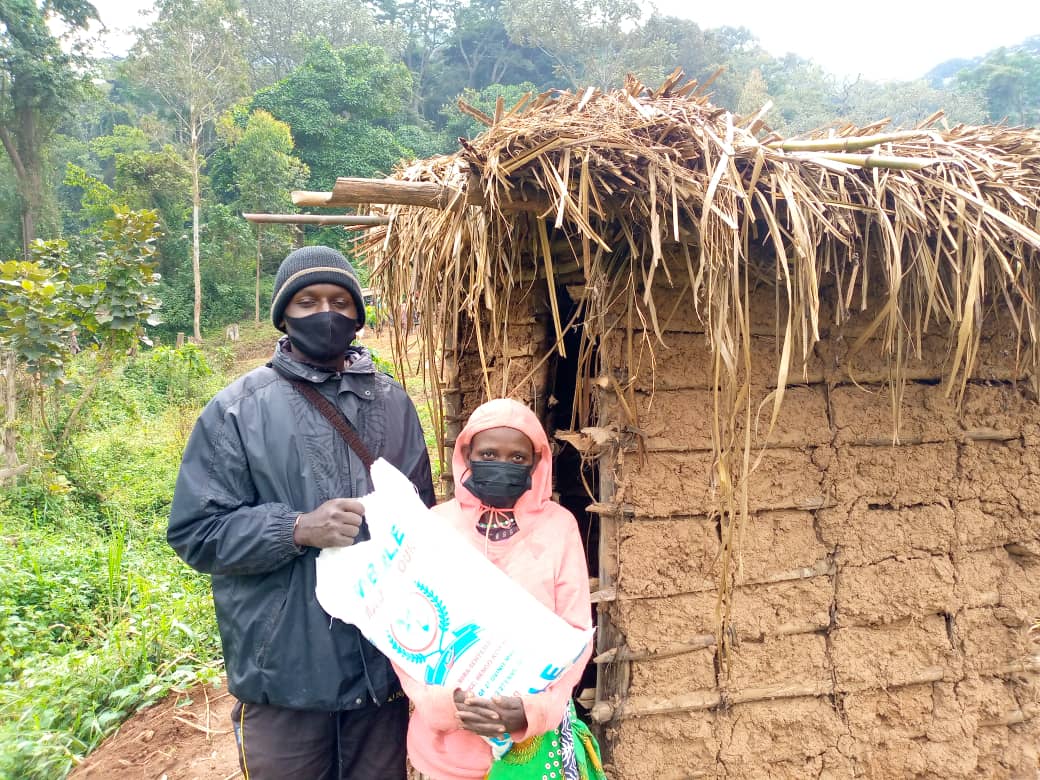 5 Best destinations in Uganda
If you ever dreamed of going on a Safari and exploring the wildlife and watching animals on their real habitat, Uganda is the place for you!
Right now is one of the most famous destinations for Safaris in Africa, after Botswana and Kenia and Uganda and it’s famous for its variety of species, and the high number of national parks and reserves in the country.
Here is a list with the most breathtaking destinations for a safari. 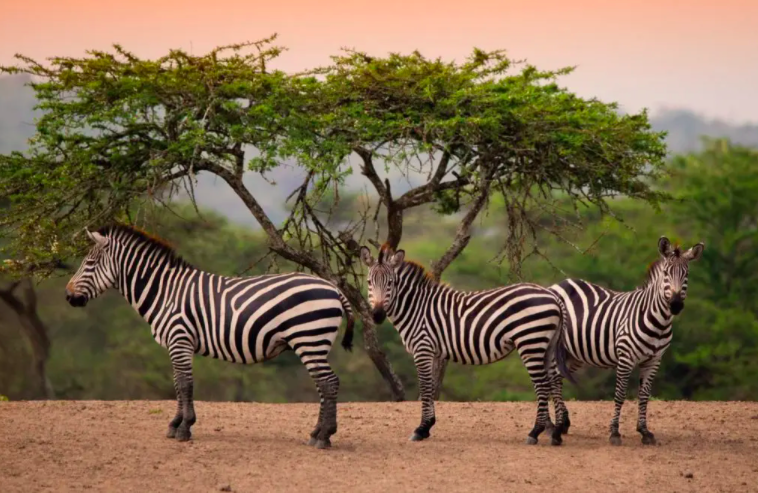 Few reserves in the world have such high biodiversity, landscapes, savannah plains, bushland, wetlands, and forests like this park. Covering 1978 sq km, scenic Queen Elizabeth National Park is the most popular of all Uganda destinations with animals and tourists.In Uganda’s most famous safari destination you can see on safari hippos cooling off their massive bodies in the Kazinga channel, elephant parades, lions, leopards, hyenas, Uganda kobs, and the chimpanzee troop in the Kyambura Gorge forest.

Murchison Falls National Park is Uganda’s largest wildlife reserve. Along with Bugungu Wildlife Reserve and Karuma Wildlife Reserve, the park forms part of the greater Murchison Falls Conservation Area in northwest Uganda. Often known as the Kabalega Falls, cruises go along papyrus-lined waterways are the highlight of the trip. Whether seen from the top of the falls or the Devil’s Cauldron, its intimidating base, Murchison Falls promises striking views from whichever vantage point.

The park’s 450 species of birdlife and plethora of wildlife (including the country’s largest population of crocodiles) can be spotted on hikes, cruises along the Victoria Nile, and game drives. Visitors can also enjoy cultural encounters with the local community and sports fishing.

This swath of steep ridges covered in the thick, steamy jungle is just as magnificent as it sounds. The 32,092 ha (320 sq km) UNESCO World Heritage-listed Bwindi Impenetrable National Park is one of Africa’s prehistoric habitats that scientists date back to have survived the last Ice Age as most of the continent’s other forests disappeared. The tropical forest is one of the largest areas in East Africa, which still has Afromontane lowland forest extending to well within the montane forest belt.

Located in a mountainous area in southwest Uganda (near the border with Rwanda in the south), Bwindi Impenetrable National Park is most famous for its giant primate inhabitants, the mountain gorillas.

With exciting African wildlife watching in arm’s reach of the capital, the 370-sq-km Lake Mburo National Park is an increasingly common stop on the southwestern Uganda safari circuit. It’s the only one of the top 10 Uganda destinations in the southern region where you’ll see zebras, giraffes, and the only park in the country with impalas, slender mongoose, and giant bush rats.Lake Mburo is an underrated Uganda safari destination, dominated by the eponymous lake, which — with its forest-fringed shores hemmed in by rolling green hills — is scenically reminiscent of the more celebrated Lake Naivasha in the Kenyan Rift Valley.

Nestled in the extreme northeastern corner of Uganda among rugged hills and valleys and off the beaten track, Kidepo National Park is a destination hidden so far away that its beauty has mostly gone unnoticed. Sprawling with expansive savannah plains, soaring mountains, spectacular landscapes, and great buffalo herds, Kidepo Valley offers one of Africa’s most attractive picturesque safaris. It sits on a massive 557 sq mile (1,442 sq km) rocky semi-arid Karamoja province.

Kidepo National Park offers breathtaking savannah scenery that ends on a rocky horizon. The park harbors outstanding landscape scenery unrivaled by any other national park in the whole of East Africa, and it features a wide latitudinal array that offers a variety of climatic conditions which support remarkably different vegetation. 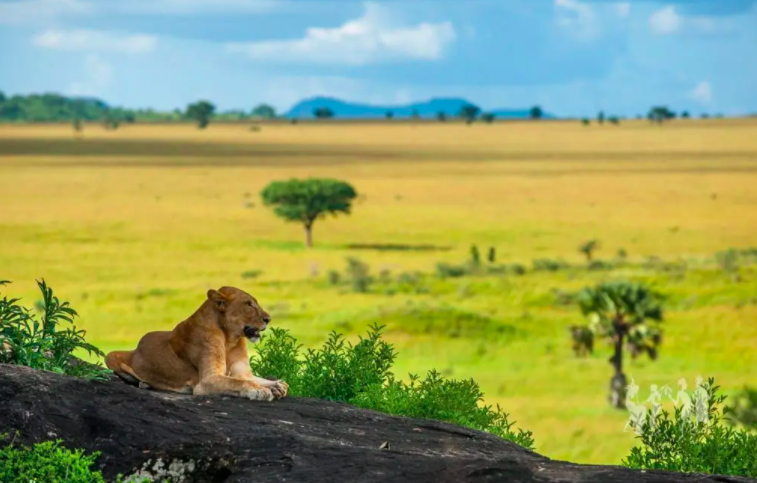