Personal interview with Paula, the director of Solidaridad sin Limites. Don’t miss it!

Hi Paula! Thank you for participating in this interview! I would like to ask you some questions, so your supporters get a chance to know you and your work better. To start, can you please tell us a little about yourself?
Hi! My name is Paula. I am graduated in Law with a mention in Research. Nowadays I am the leader of Solidaridad Sin Limites where I travel around Colombia offering free healthcare to all the people who need it.
In Solidaridad sin Limites, our mission is to improve the healthcare in the country. I started this project because I wanted to change the world and I believe it’s the responsibility of every human being to change the world with small actions, as far as they can.
I believe we are in this world to serve others. Sometimes we get distracted because we are busy, but If we put an effort to get our time to help others, things could be very different. 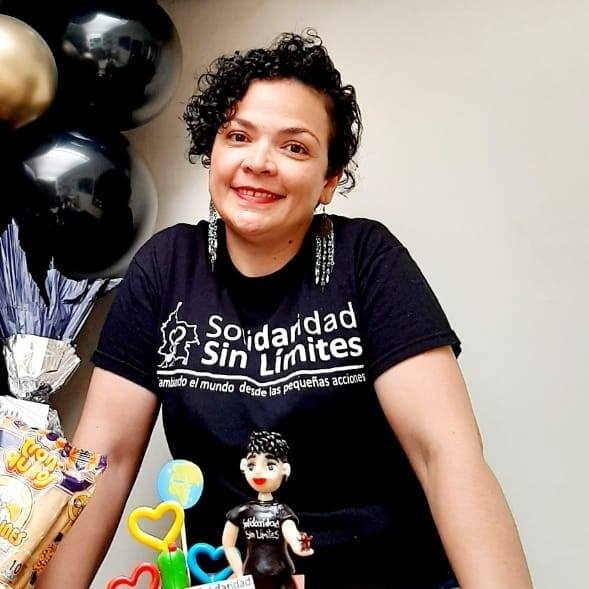 Why did you decide to create Solidaridad Sin Limites?
Because there is a lack of resources in Colombia to provide a high quality healthcare. According to the OMS, 50% of the population doesn’t have proper access to healthcare services, a 10% of the children suffer from chronic malnutrition and 50% of the population in Colombia don’t have the resources to eat a healthy diet. Solidaridad Sin Limites was created to try to improve this situation in the country.
Can you tell us about the volunteers and the team?
We are a group of 82 professionals coming from different disciplines that travel around the country to provide free healthcare to children, pregnant mothers, and the elderly. We also provide services of veterinary and formations about Environment management. We count with the support of the National Army, CES University and some hospitals. 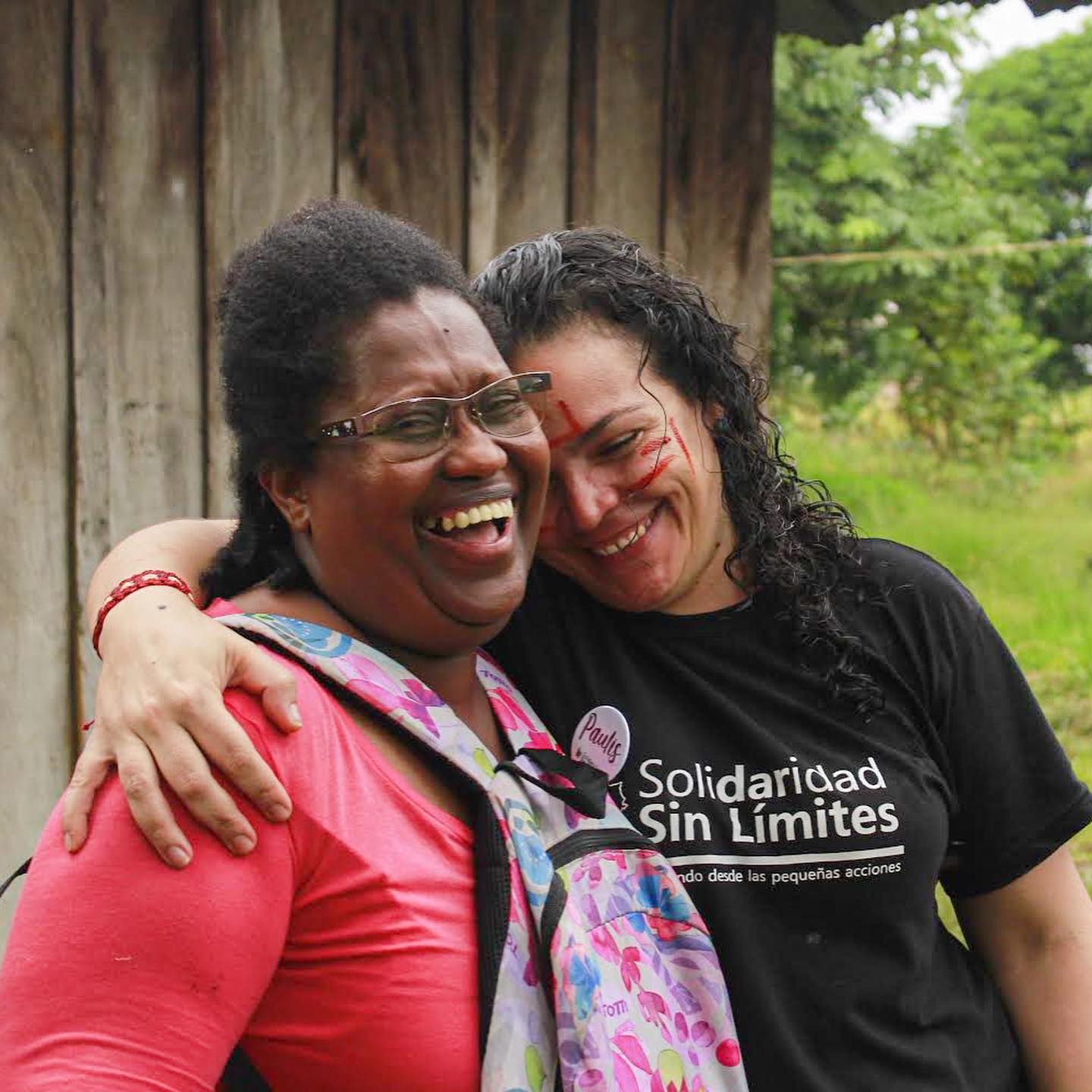 What do you think makes unique Solidaridad Sin Limites as an organization?
Even though we focus on providing free healthcare we try to do many other important things. We collect food for people in need, utensils for the home, we take care of the animals, we teach a lot of courses about sustainability, etc. Even though our focus is on healthcare, we try to help in many different aspects (animals, planet, humans). And we are also proud to say we have supported more than 12.000 people in the last years, which is a great number for the resources we have.
What are your objectives for the near future?
I would like to open an office where all the volunteers could work, we could collect resources and we could even treat patients. Right now we are using my home because we can’t pay the rent but having a space for our organization would help a lot. 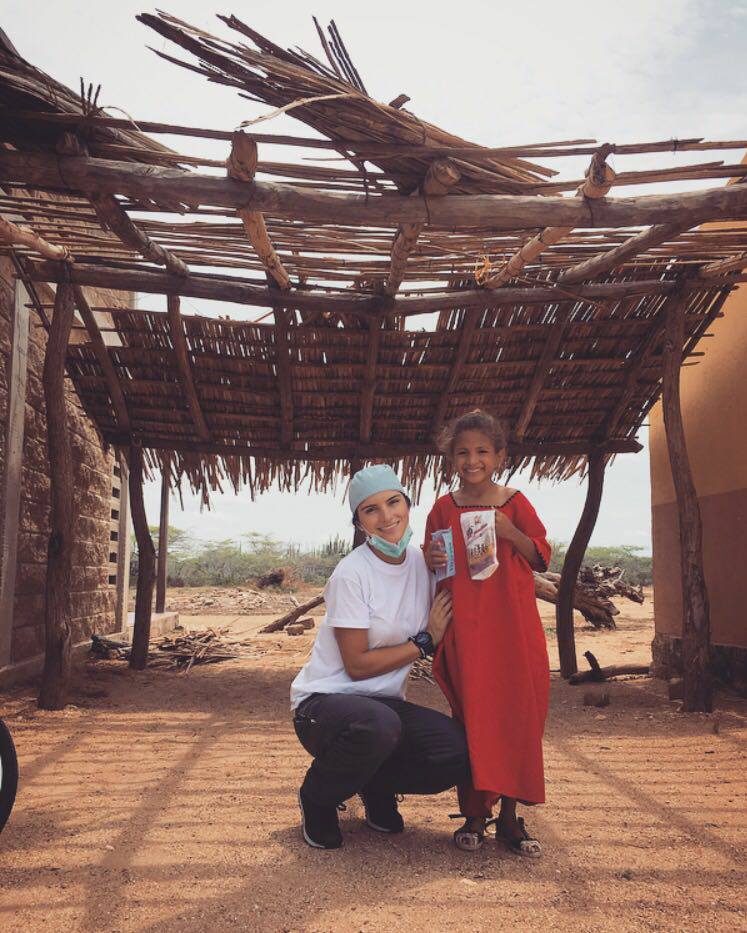 How has been your experience with Airfunding and the team in general, so far?
For Foundations like ours it is difficult to get funds, we carry with us the history and bad reputation of some social organizations that have not fulfilled the objective for which they were created.
We have worked with the soul to keep it afloat; each of the volunteers has put their stamp on it, their passion and dedication. It was when we began to travel the country that we understood that we could do many things by moving wills, but something like a vehicle only moves with fuel and in a mission in which everything was ready, only transportation was missing, it was then that someone mentioned the word crowdfunding;
I started searching without really knowing what I was doing, and the investigation led me to many links. Not all of them generated trust but there was one in particular that caught my attention: “Airfunding”.
I saw that it supported many causes that in my eyes were fair, I decided to bet for them and during this time, in addition to raising some funds, we have won much more than that, we have won wonderful allies with extraordinary ideas, a constant accompaniment of incredible people who care about each campaign and each social organization they support. We have learned a lot along the way, so if you ask me how are you doing with Airfunding, I would say: Incredible!
Meet Carlina, a woman that received the help of Solidaridad Sin Limites.
Doña Carlina was a 79-year-old woman, with a transparent smile and thousands of stories to tell.
When we met her she lived in the company of only three cats and a dog who loved her.
We arrived at Dona Carlina’s house by accident, because an animal friend wanted us to visit the place so that we could help the three cats and the dog, instead we fell in love with her and her story.
When she was young, she adopted a child who over the years unfortunately fell into the use of psychoactive substances so his behavior began to be erratic, he began to mistreat her and sell everything that was owned by the lady. This adoptive son the only job he could get was collecting rubble, the money he earned was obviously invested in the substances he consumed and did not take the rubble to the right place to be able to also consume the transport money, instead, he filled all Doña Carlina’s house of rubble …
It was incredible, when I arrived at that small house and saw it full of sacks (fiber bags) full of debris from floor to ceiling, the stench from the feces of cats and dogs, the stench of bathroom that was bad and there was no water flow, the floor destroyed, the door of the house that was bigger than the frame; the young man died of an overdose and the house was left like that, alone full of rubble, with an old woman who had nowhere to walk…. I cannot describe the feeling of sadness and helplessness.
From the Foundation we decided that we should change her quality of life, so we summoned our volunteers and took action, we removed all the debris from the house, we changed the door, we changed the bed and the closet, we did a complete cleaning and we put some furniture, she he could move freely throughout his home. Additionally, our team of doctors, dentists, nutritionists and barbers did the same; the doctor and the nutritionist examined her and made the pertinent recommendations, which led us to buy her some foods and supplements to improve her diet; the dentist performed some extractions that were necessary and our barber performed a haircut; It was great to see how small united actions could change that small world.
In 2020, Doña Carlina left us, like many people died of COVID-19, we could not do more … we were left with her tenderness, her gratitude and the tranquility of having achieved that her last days were full of love.

Some curiosities about Colombia. Did you know that?
– “Chocolate with cheese” is the ultimate hot drink for breakfast. The locals melt savory cheese in a pot of hot chocolate and drink it. You should definitely try it!
– Bogota is the third highest capital in the world, after Quito and La Paz, with 2640 meter above sea level.
– Medellin was once the “murder city of the world”, with 17 murders everyday in 1991. However, the city was named “the most innovative city in the world” in 2013.
– There are many different kinds of soup that the locals eat at different daytimes. Changua is a breakfast soup which is made with milk and undercooked eggs.
– One-third of the country is Amazon-Rainforest. The Amazon jungle is a moist forest that covers around 40% of the South American continent.
– The government prohibits alcohol during major events ir order to limit disturbances.
– Colombia is on the second place with the most national holidays. In total they have 18: 12 of them are Catholic, and 6 Civic holidays.
– It’s common for young adults to live at home until they are ready to marry because it’s too expensive to live alone and the average salary is low comparing to the rent of a flat.
– Colombia is home to pink dolphins.
– When a girl turns 15 years old, they celebrate a special birthday party named “Quinceañera”, where they honor the transition from child to woman.

Remember that you can directly communicate with Paula in the Supporters Community in Facebook. Don’t forget to join the community if you haven’t done it yet, by clicking on the following link!
Link